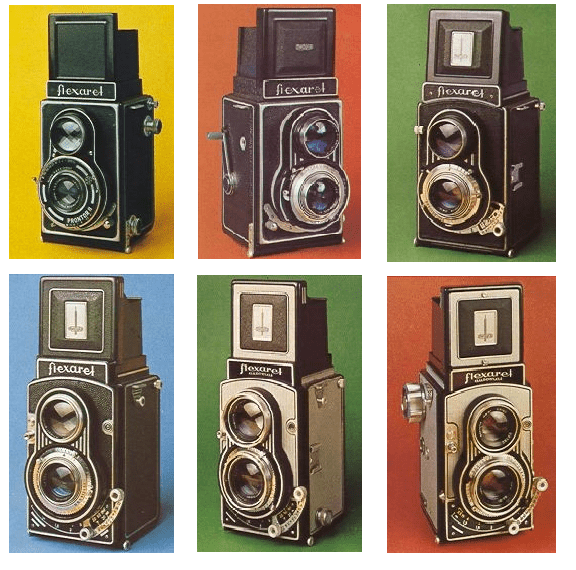 Meopta is one of the oldest optics manufacturers on our planet. The company was founded under the name Optikotechna in 1933 in Prerov, which was back then in Czechoslovakia. Their first products were lenses and condensers, but they quickly expanded the production, where they started to produce also enlargers, composite lenses, single optics, binoculars, rifle scopes, slide projectors and of course the most popular product – the Flexaret range of cameras.

Because of the growing demand for their products, the company established new facilities in 1936. After the German army invaded the country in World War 2, Optikotechna was forced to surrender the control of their production. This means the company had to stop the manufacturing of all non-military products and produce only the products the German army needed, such as rangefinders, periscopes, binoculars, rifle scopes, and so on.

When the war ended, the company was renamed to Meopta. They designed and developed a few new exciting products, which helped the new company get a great reputation. Between the years 1947 and 1970, Meopta became one of the biggest manufacturers of enlargers worldwide, and it was the only company that was producing cinema projectors in Central and East Europe. However, because of the Warsaw Pact in 1971, almost 75 % of the factory focused again on the production of military products. This production was going on until the year of 1988 when Meopta renewed the rifle scopes production and decreased the military production. In 1990, the military production stopped completely, and Meopta faced problems – the factory felt heavily in debt.

Luckily, a man named Paul Rausnitz who was a well-respected businessman and influential in the US, and also the patron of the Smetana’s Litomyšl Opera festival in Czechoslovakia, decided to support the company financially to put it back on its feet. After that, in 1992, Meopta was fully privatized and remained the only optical enterprise in the Czech Republic. They became a major supplier for optical companies worldwide.

Our factory tour of Meopta was at the end of 2019. It is worth to mention that Meopta is the biggest optical factory in the European Union, and this is a major benefit for the entire region since over 2400 employees are currently working at this company.

Meopta is producing optical parts and lenses for the majority of European manufacturers of sports optics and for well-known manufacturers in the US and other countries. They manufacture prisms for periscopes of high-end submarines, tanks, and for many other applications as well. All these glass parts are grinded, polished, and coated, so they are manufactured completely in the company, from the beginning to the finished product.

Meopta is one of the few companies worldwide that can produce all the parts in-house. About 50% of the company is specialized in the production of glass parts, and 50% in the production of metal parts. This is different from other sports optics manufacturers – most of them do not produce the parts by themselves, they do only the assembly and the quality control. What is also worth mentioning is that the production of sports optics of Meopta is just a small part of the Meopta factory. We found it interesting that the workers in the factory have their own restaurant where they serve original Czech beer – for safety reasons it’s non-alcoholic. 🙂

Shop inside the factory

Meopta has a wonderful example of a premium optics store inside the factory, where not only all the newest products are sold, but also the older products are exhibited in a small museum inside the shop.

In the field of sports optics, Meopta offers a wide range of products for all kinds of use. They produce binoculars, rifle scopes, red dot sights, spotting scopes, and night vision devices. In the binoculars’ product range, there are currently 5 series, from very affordable hobby binoculars starting at 159 €, all the way up to professional binoculars with an integrated laser range finder and Bluetooth connection, for almost 2600 €.

Here are the series of Binoculars, starting from the most affordable and continuing to the most expensive:

For driven hunting, 3-gun competitions, CQB style shooting, and other short-distance sports shooting, Meopta offers 2 versatile red dot sights called MeoRed and MeoSight III. These are extremely durable and because of that often used by the military and law enforcement as well.

Fairly new on the civilian market is the clip-on night vision device called MeoNight 1.1. This is a very innovative analog night vision device featuring a slim design and high-quality image intensifier tubes from the 2+ generation. The operation of the device is very simple and intuitive since the brightness and the parallax adjustment are easily reachable. The device can be mounted in front of a daytime rifle scope and has two mounting options. It can be mounted directly on a Picatinny rail, or directly on the objective of a daytime rifle scope. If you are interested in a more detailed review, please click on this LINK.

Meopta’s spotting scope offer is also interesting. They offer 4 series of spotting scopes, which are either of a straight or an angled design. They also offer a collapsible spotting scope which is perfect for traveling since you can easily put it in your backpack. When collapsed, the length of the device is only 250 millimeters. The spotting scopes from Meopta are very popular in biathlon, where Meopta is one of the more prominent sponsors. Here is the list of all the spotting scopes series:

As we entered the Meopta plant, we were shocked about the size. The factory has an astonishing size of 116.000 square meters, and because of that, Meopta is one of only a few companies in Europe that is able to do everything in-house – from the housing and the lenses to the finished product. This is a huge advantage over other companies since the production does not depend on the delivery of other parts, and quality control can also be done directly from the production line.

Like I have described it at the beginning, Meopta has a rich history, and all the know-how can be found in their products. The products of Meopta are of very high quality, and the prices are affordable. What speaks for quality is the long warranty period, which is 30 years for almost all products. In this industry, this is quite unique, because many manufacturers offer only a 10-year warranty for their products or even less.