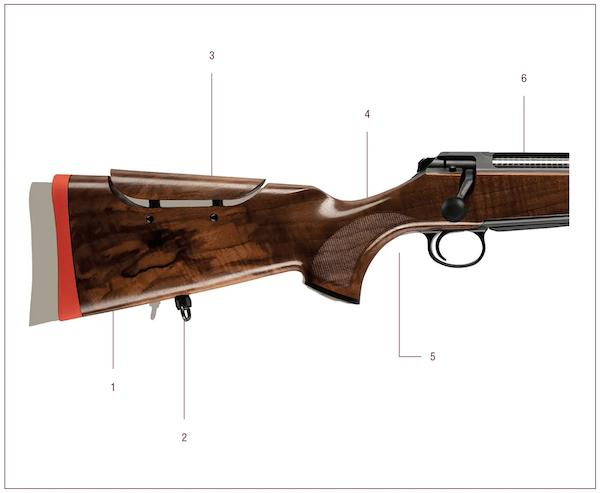 We are talking about Sauer Artemis – A Woman’s Weapon that was specially designed to suit their needs. For the Sauer Artemis line, we interviewed and measured more than 2,000 female hunters. The stock design was developed and optimised together with women. That way we ensured the focus on an intuitive stop and precise shooting in all conditions. In order to meet the needs of every female hunter, we offer the traditional Sauer 100, the classic Sauer 101, the semi-automatic Sauer 303 as well as the exclusive Sauer 404. All of which are available in the ladies’ version with a shorter buttstock, steeper pistol grip, and further upgrades.

Since the beginning of February, we are actively presenting the new Sauer Artemis models 101, 101 Artemis Elegance, and 100 Artemis on most social media channels as part of the Sauer Game Fair Special. Please see more details regarding the Artemis models below. Experience a new generation of rifles for women. On the picture below you can see the Sauer Artemis – a woman’s weapon.

Comparison between the existing Sauer 101 and Sauer 101 Artemis Elegance

Compared to the existing Sauer 101, the Sauer 101 Artemis Elegance features several eye-catching enhancements. In addition to the shorter buttstock (1), which all Sauer Artemis models have in common, the Sauer 101 Artemis Elegance is distinguished by the quickly removable sling swivels (2). Hidden in the buttstock at the rear of the sling swivel is the Sauer MUS, short for Mini Universal Key, with the help of which the new height-adjustable cheek piece (3) can be continuously adjusted. The Sauer 101 Artemis Elegance has a slimmer butt neck (4) and a steeper pistol grip, which contributes to a two-centimeter shorter distance (5) between the pistol grip and the trigger blade. As a visual highlight, the stock comes with a wood grade 4, the classic red butt plate and the black aluminum bolt knob (6) which rounds off the bolt action.

Please take a look at the video below that shows all the specifics of Sauer Artemis that was specially designed to suit women’s needs.

Where are Leica Riflescopes Made?